Quality and tradition from Sabadell since 1997

In 1997 we decided to open a restaurant outside of Barcelona.

One of our objectives was to maintain the essence of Can Punyetes, we contemplated several options and eventually, decided to open our restaurant in one of the most emblematic places of the Vallès, Sabadell, specifically in the Rambla, in a early-20th century house with the iconic architectural style of this particular time.

During the necessary reform to create the restaurant, we prioritized the building of the grill near the entrance, facing the street, so passer-by could witness the process of cooking and the way we work in Can Punyetes.

From 1981
Quality and tradition
Can Punyetes
BARCELONA | SABADELL | SORT | MADRID 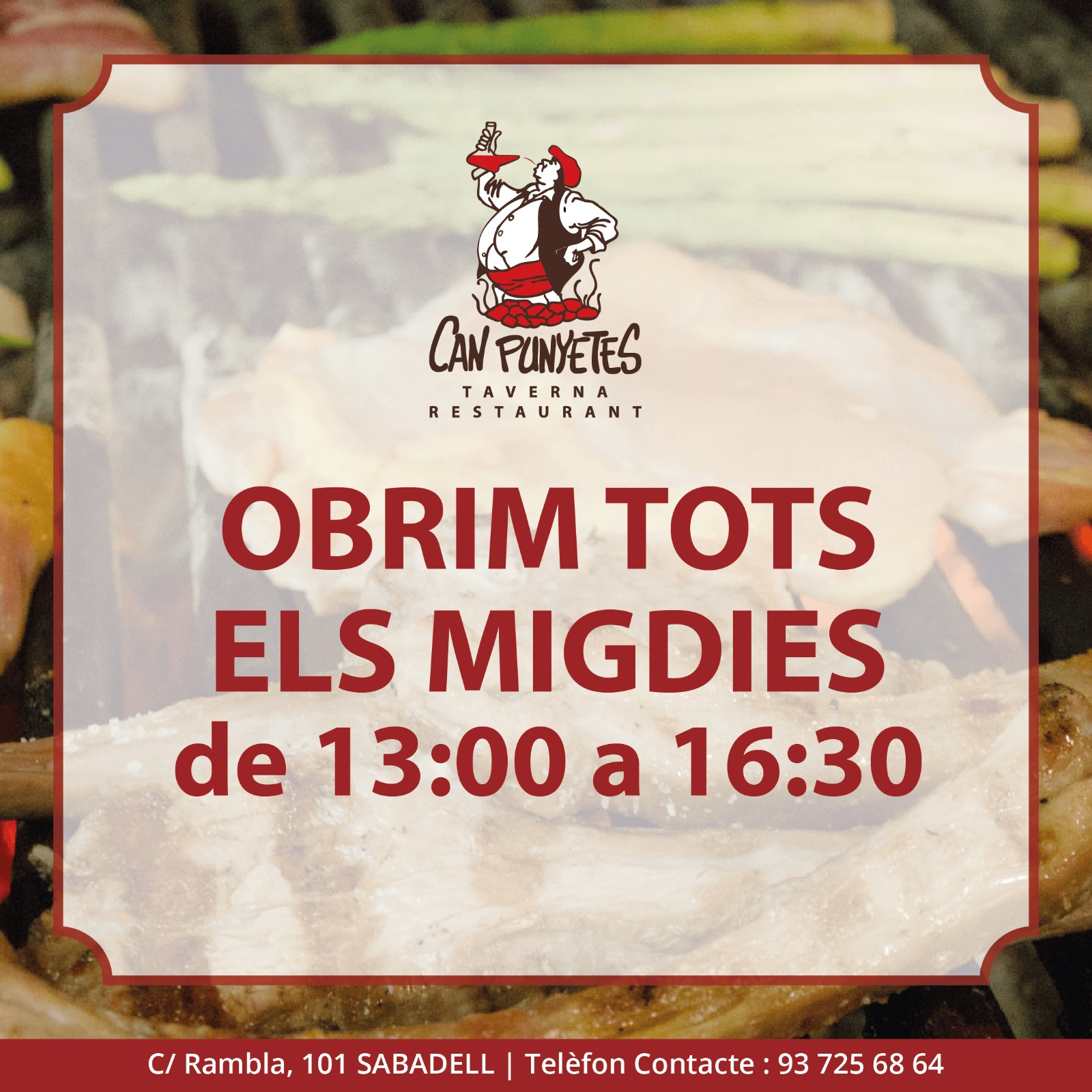